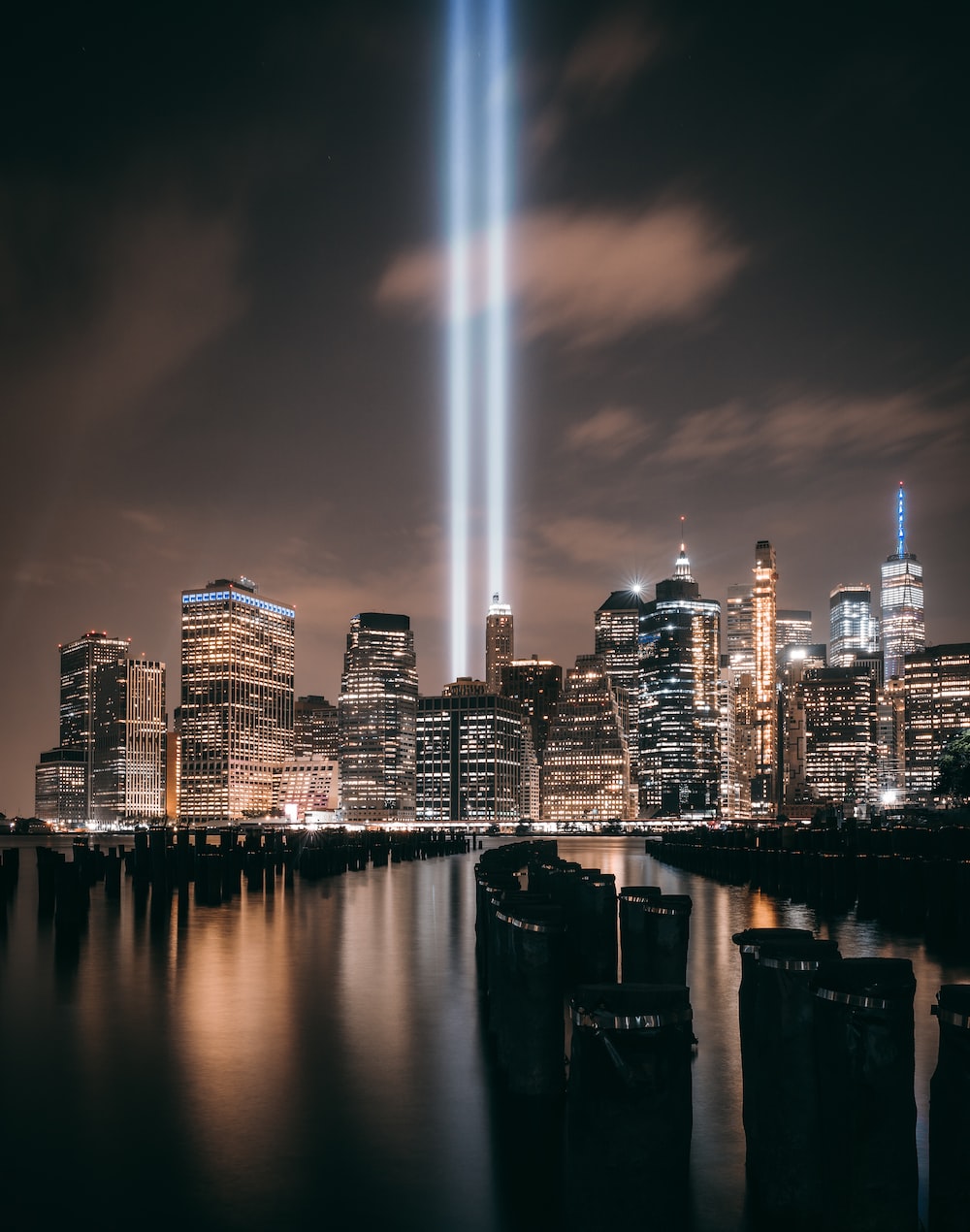 I remember walking into my office at 1 Rockefeller Plaza on that spectacularly crisp clear September morning thinking to myself ‘what a beautiful sky’. The Today Show was in full gear on the Plaza and the City’s energy was a solid 10 that day. It was the loud and seemingly low plane that was a bit odd but it’s New York so you just keep moving. There’s always something a bit off.

By the time I got into my office and sat down, my phone began ringing. Did I know a plane hit the World Trade Center? Did I know there was a big gaping, burning hole in one of the buildings? A Cesna? No. Then a second plane. Then the Pentagon. By the time we evacuated, the Plaza was jammed, everyone staring at the Today Show TVs. You could literally feel the panic wash over everyone like a thick veil. Out of nowhere there were fighter jets that pierced that beautiful blue sky and told everyone on the ground that this really was happening, and we were in the midst of a full-on attack. There were just so many people in those buildings, on the ground, kids going to school, parents trying to get their kids from school, husbands, wives, parents, kids trying desperately to get their loved one on the phone. It was completely out of control.

Staring down Sixth Avenue along with thousands of others, we could not conceive that in just moments those buildings would be gone. When all was said and done, 2,996 people were murdered on September 11th, 2001. Of that total, 343 firefighters and paramedics, 23 New York City Police officers, and 37 Port Authority police offices died while trying to save those trapped inside. They’ve yet to invent the words that adequately describe the sheer hell that was thrust upon those in New York, Washington and on those planes.

Twenty Years Later – Grieving on the 20th Anniversary of 9/11

Twenty years later that day remains in my memory as vibrant, blue and piercing as it did in 2001. Our life as we knew it on September 10, 2001 would never return. It was changed forever. How we live, travel, who we trust; the naïveté in which we lived was shattered. We no longer looked at our world through the same lens. Things were fragmented, unfocused and confusing. Twenty years later, the grief has not abated. It may appear on the surface that people are not struggling, but don’t kid yourself; they are. Twenty years later, those who were witness to the sights, the sounds, the sheer terror of that day continue to carry that trauma. There is no expiration for PTSD; you cannot quantify grief or heartache. We carry it forward. Twenty years later we need to be mindful that for so many people the pain of that day is as fresh and clear as the sky on that day.

Over the past year there have been comparisons between the number of deaths on 9/11 and the Pandemic. No doubt more than 600,000 deaths from COVID-19, in total numbers, dwarfs the nearly 3000 lives lost on 9/11, but you cannot compare situations or grief. The comparison distorts the magnitude of what was lost and ignores the terror inflicted upon those merely going about the mundane activities of a Tuesday morning.

The only comparison is the compassion and resilience that emerged from such devastation.

They say that out of darkness comes light and no doubt there was tremendous good that emerged in those early days. My nephew, Henry, who was 16 at the time and lived blocks away from Ground Zero, captured it best 5 days after the attacks:

“The desolation did not dominate my great city though. Amongst the rubble left behind, rescue squads, professional and volunteer, worked day and night. It was the only possible silver lining that people could think of; amazing displays of courage never before seen. These heroes were risking life and limb in the hope of finding a survivor amongst the ruins. The beauty of life was shining like a beacon in the hearts of all those these brave men and women.”

For every person who died on that day, for every Ground Zero worker, first responder, police officer, every volunteer, every company, their employees in those buildings, for the losses and sacrifices military families endured over the past 20 years, you are not and never will be forgotten. September 11, 2001 did not define us, it was what we did and who we became September 12, 2001 that did.

If you or someone you love is struggling with symptoms of PTSD from September 11th, or any traumatic event in their lives, there is help. Contact us today for a consultation or for more information about our mental health care coordination services.

About The Margaret Stone