Home / Blog / Why You Should Commemorate Juneteenth This Year

Why You Should Commemorate Juneteenth This Year

To be honest, I had heard only scant references to Juneteenth over the years. I am a little embarrassed to admit that I wasn’t completely clear what it was until last year. That was when, on June 17, 2021, Congress passed a resolution with an almost unanimous vote and President Biden signed the resolution into law making Juneteenth a Federal Holiday.

This year the holiday is garnering even more welcomed attention, and I believe it is important for us to understand what it is, how it came to be, and how we observe it (especially if we identify as white and American, which I do).

So, I asked some black friends and colleagues whom I respect immensely to give me their thoughts and feelings around Juneteenth.

But first, a brief explanation and history.*

The name “Juneteenth” is a contraction of two words: “June” and “nineteenth.” It’s believed to be the oldest African American holiday, with annual celebrations on June 19th in different parts of the country dating back to 1866. The day is also sometimes called “Juneteenth Independence Day,” “Freedom Day”, or “Emancipation Day.” It honors the emancipation of enslaved African Americans in the United States, marking the day when federal troops arrived in Galveston, Texas in 1865 to take control of the state and ensure that all enslaved people be freed. The troops’ arrival came a full two-and-a-half years after the signing of the Emancipation Proclamation.

Juneteenth History – from 1865 to today

The Emancipation Proclamation did not instantly free any enslaved people. After the war ended in the spring of 1865, General Granger’s arrival in Galveston signaled freedom for Texas’s 250,000 enslaved people. Although emancipation didn’t happen overnight for everyone—in some cases, enslavers withheld the information for months, celebrations broke out among newly freed Black people, and Juneteenth was born.

That December, slavery in America was formally abolished with the adoption of the 13th Amendment.

In 1866, freed individuals in Texas organized the first of what became the annual celebration of “Jubilee Day” on June 19. In the ensuing decades, Juneteenth commemorations featured music, barbecues, prayer services and other activities, and as African Americans migrated from Texas to other parts of the country the Juneteenth tradition spread. Juneteenth continued to be highly revered in Texas, with many former slaves and descendants making an annual pilgrimage back to Galveston on this date. In 1979, Texas became the first state to make Juneteenth an official holiday with several other states following over the years.

Even though this holiday is a day of commemoration and even celebration, we must keep in mind that Juneteenth can be a complicated event to remember, as it requires white people to face the fact that white supremacy and racism were codified in this country in an economically exploitative system of labor called slavery. This is a truth that I believe we are still coming to grips with, in my opinion, as evidenced by continued violence against black and brown bodies by policing authorities and the denial of many white people in this country that systemic racism is even a real thing.

As well, for some Blacks and African Americans, this year’s Juneteenth is difficult to celebrate, as Black people are still fighting for equal rights in labor, health care, housing, education and more. A more widespread recognition of the holiday and the spread of approved time off from work is simply not enough to make reparation for the centuries of violence, murder, and exploitation of African Americans.

But, let’s hear what some of my black friends had to say to me.

I think the above insights are grand and well worth heeding.

Commemorating Juneteenth as a white person? What you can do

It’s true that all Americans can celebrate Black emancipation from slavery. But keep in mind that for white people, Juneteenth must also serve as a day of somber remembrance and lamentation. White people should be careful not to erase the suffering and brutality of slavery in favor of a celebratory message of perpetual progress.

There is still much to be done to make reparations for the sins of the past and heal the many injustices of the present. We can show respect, reflect on the meaning of this holiday, and repair injustices both past and present. We can listen to what our black brothers and sisters have to say and amplify their voices.

And we can certainly say, “Happy Juneteenth!”

*The author wishes to acknowledge Sean Rose and Stacey Forrest for their contributions to this article related to the history of Juneteenth. 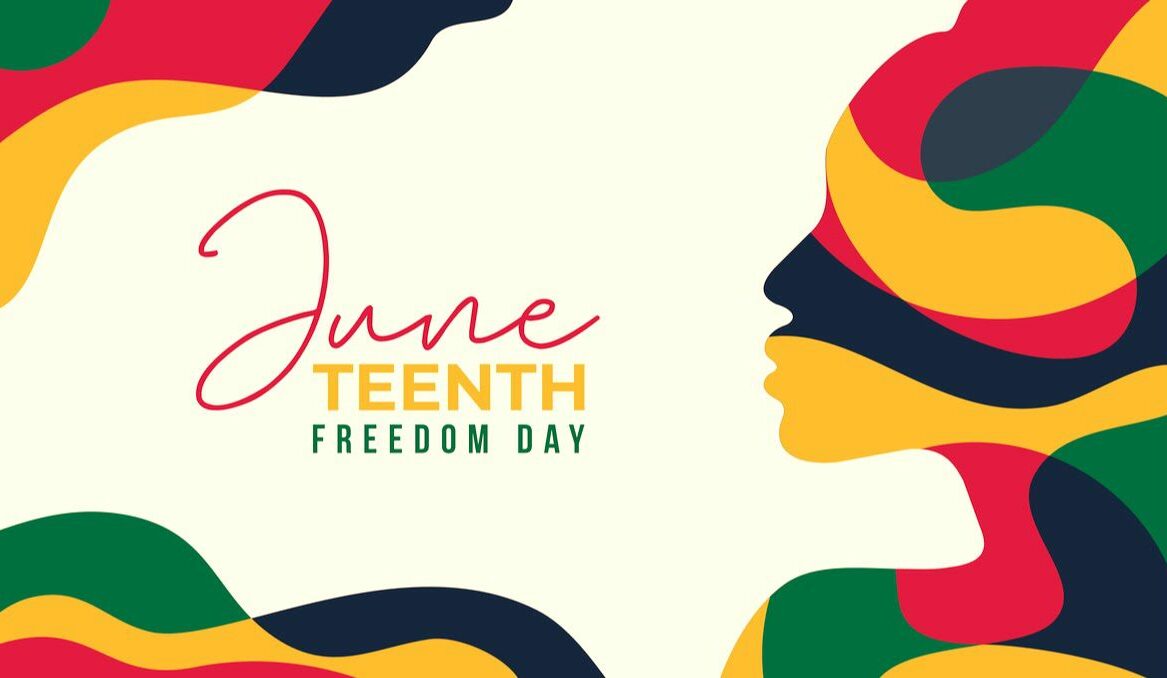