Two hours into a lengthy road trip with my husband and daughter, Erin finally dozes off.  I turn off her iPad and Barney’s sing-song voice is replaced by the welcome sound of silence.  Bill and I exhale and take in the increasingly urban landscape along Virginia’s Interstate 95.  When traveling with Erin, who has autism, sleep is like gold dust.  A calm descends and for sixty miles we’re just two parents traveling with a sleeping teenager in the back – a banal scene reoccurring on roads all over the country.  I revel in the normalcy of it all.

This is not the first time I’ve coasted – imagining that our life with Erin is just as hum-drum as the rest.  I have a hunch I’m not alone.

After her husband died suddenly journalist Joan Didion wrote a book, The Year of Magical Thinking,that recounts the surreal time of mourning and thinking after losing a loved one.  She recalls how her mind played tricks, convincing her at times that her beloved was still there and life was as it should be.

Nineteen years down the road of raising a special needs child, I can point to many times I’ve engaged in my own version of magical thinking and the crucial moments that pulled me back.  It’s a cyclical tug of war and a symbiotic relationship – that helps to smooth the edges and at the same time helps to process the enormity of it all.

As moms do, I always knew something was a little off, but wanted to believe Erin was just like all the other babies in our playgroup. Even though her fine motor and self-soothing skills lagged far behind the others, she was equally fascinated by picture books and brightly colored stuffed animals, and her ability to sit spellbound through our Mommy and Me music classes rivaled any of her peers.   So when a highly esteemed London neurologist concluded: “There’s a wide range of normal and Erin happened to fall on the edge of that range,” I latched on to the word normal and ran.

A few months later, however, a geneticist, with a very poor bedside manner, confirmed my suspicions were grounded. Erin was not like all the other babies. She was born with an extra part of Chromosome 15, which placed her squarely on the autism spectrum.  Speech, motor, and sensory impairments were no longer a hazy hunch but instead spelled out in black and white – as were cognitive and behavioral challenges and a high probability of seizure activity.  Grim to say the least but not unsurmountable especially when you magically reframe the picture.

Even when all evidence points to the contrary you can still convince yourself that things are fine – and make them so.  We walked a different path but it was parallel to that of other families. While other toddlers joined playgroups and played together in the park, we hosted a team of Early Intervention therapists who brought games and told stories and formed a circle of friends around Erin. She loved them. I loved them. They gave us a chance to stand back and breathe and to delight in Erin’s smallest accomplishments.  “Oh my gosh you have to see this,” they would call for me to come and cheer her on.  It was fine – it was more than fine.  It was life-sustaining.

Erin attended a typical preschool alongside her younger brother. She wore a uniform and looked just like the other kids.  With an aide by her side, she went on field trips, sat for circle time, made holiday decorations.  Yes, there were the occasional meltdowns, she did not know how to engage or converse or play appropriately with other students but the school provided a much-needed sense of normalcy and the time and space to engage in some ‘magical thinking’ while we processed, adjusted and tried to understand where we were going and what Erin needed.

As the years went by, life provided some other opportunities to coast. We moved out of the city and she played on our swing set with kids in the neighborhood.  Thanks to an exceptionally dedicated teacher she was able to attend and thrive within a small self-contained classroom in one of our town’s elementary schools.  While never in sync with her peers, she and her classmates became part of the fabric of the community.  Kids of all ages got to know her and celebrate her and she was happy.

Middle School, as it tends to across the board, threw us some curveballs.  Our town had no classroom or ‘cohort:’ a group of closely aged children of similar cognitive ability.  So began years of musical schools, landing every now and then in a fantastic setting that worked for a limited time.  Erin, who is now 19, has been at her current placement for three years and she is happy.

When the road trip wraps up and we arrive home many Disney Movies and music videos, McDonald’s fries and M&Ms later I will open a letter from the Board of Ed stating that next year Erin will age out of state-mandated educational services and we have to start thinking about options for “the future.” “The District” requests our presence at an official meeting to discuss “the possibilities.”

I don’t want to meet.  I don’t want to discuss.  Erin loves her school and her teacher and her routine.  But I’ve been here before – wanting to reach for some nonexistent pause button – to put time on hold and to pretend that today is the only day we have to consider.  I know it’s going to be hard. No transition has ever been easy – but I also know, eventually, it’s going to be ok.  It might even be better than OK and Erin will be happy.

Rosy prospects aside, though I’m putting that meeting on hold.  Today, instead, Erin and I are going to go shopping.  Just a mom and a daughter perusing the aisles excited about what we might find.

Eileen Flood O’Connor is a writer and mother of four, the oldest of whom,  Erin, has an autism spectrum disorder. She writes often about parenting and the joys and challenges of raising a special needs child alongside three ‘lively’ boys. 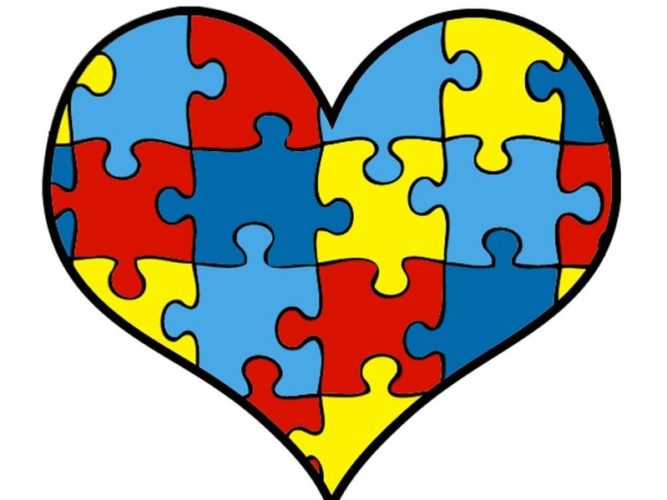