Much of my career has centered in working in communities that are different than my own. When I entered the counseling field, I soon realized the value of listening to the lived experience of my clients, especially of those who are different than I. These stories of clients’ experiences that were so different than mine prompted me to ask questions of my colleagues who were more culturally like my clients, so that I could learn how to better connect relationally and guide my clients on their individual journeys of healing and recovery.

Along the way, I began to realize that the behavioral health field is riddled with mental health inequity and disparities for Black, Indigenous, and People of Color (BIPOC), especially those identifying as Black, African American, Afro-Latinx, or Afro-Caribbean. I began to raise my voice whenever I could to educate myself and my colleagues on how to best support these communities.

People called me “ally” or “advocate” and even “friend” to the Black community. To be honest, I wasn’t seeking affirmation. I just wanted to see some justice and equity in access to mental healthcare and emotional support. However, I now have come to fully embrace these roles both professionally and personally. This work of allyship has become a source of great learning, personal discovery, and profound joy for me along the way.

It was in this spirit that last year I had the honor of representing OPG at a mental health symposium with the University of Arkansas at Pine Bluff, a Historically Black College and University (HBCU). I felt a little awkward being the “white guy” talking to Black and Brown students about their mental health. I mean, my lived experience was very different than these graduating seniors. However, my Black colleagues encouraged me to push through and present some keys on how Black people can better access mental health services in a larger healthcare system that often has a bias towards White communities, especially those who have the financial means for self-pay.

Research indicates that members of the BIPOC community bear a disproportionately higher burden of receiving a diagnosis, treatment, or access to care.  According to data from the American Psychiatric Association in 2017, among adults with mental illness, 48% of White Americans received mental health services, compared to 31% of Black Americans and Latinx/Hispanic Americans and only 22% of Asian American Pacific Islander populations.

Interestingly per current data trends, people who identify as Black experience lower rates of depression than White Americans. This could be due to possessing a greater sense of solidarity with their community as opposed to Whites who often tend to isolate and value individualism over the collective community. But the data also shows that despite their connection to their communities, Black Americans are more likely to have more persistent symptoms of mental health distress and unfortunately remain undiagnosed and untreated.

This is in large part due to a lack of cultural understanding and competency by health care providers. This deficit may contribute to underdiagnosis and/or misdiagnosis of mental illness in people from racially and ethnically diverse populations.

We do know that mental health conditions occur in Black and African American people at about the same or less frequency than in White Americans. However, the historical Black experience in America continues to be characterized by trauma and violence more often than for their White counterparts. This repeated trauma adds additional layers of mental health complexity for Black people.

Police brutality and America’s continued history of oppression and violence against Black people has an enormous effect on mental health in the black community. Just recall the murders of George Floyd, Breonna Taylor, or Ahmaud Arbery. Every time violence against Black bodies is perpetrated and then broadcasted repeatedly, Black Americans are forced to watch privilege paraded—loudly, violently, and aggressively—as they literally fight daily for their fathers, sons, and brothers to simply be alive after any chance police encounter. These scenes of repeated brutality are retraumatizing and impact emotional wellbeing and mental health for both Black and Brown individuals alike.

According to research from Mental Health America, historical dehumanization, oppression, and violence against Black and African American people have evolved into present day racism. All of this cultivates a mistrustful community experience, characterized by a myriad of disparities including inadequate access to and delivery of care in the behavioral health system. So, Black people are left processing and dealing with layers of individual trauma on top of new collective traumas from the COVID pandemic, images of police brutality, and an ongoing vitriolic climate of divisive political rhetoric.

Overcoming Stigma to Improve Mental Health in the Black Community

One study from the National Institute of Health showed that 63% of Black people believe that a mental health condition is a sign of personal weakness. As a result, people may experience shame about having a mental illness and worry that they may be discriminated against due to their condition.  It can be incredibly challenging to discuss the topic of mental health due to these concerns about how they may be perceived by others. This fear could prevent people from seeking mental health care when they really need it.

It is also true that many Black and African Americans choose to seek support from their faith community rather than seeking a medical diagnosis. In Black communities, the church, mosque, or other faith institutions can play a central role as a meeting place and source of strength. Faith and spirituality can help in the process of healing and recovery and be an important part of a treatment plan. For example, spiritual leaders, clergy, and faith communities can provide support and foster connection. However, they should not be the only option for people whose daily functioning is impaired by mental health symptoms.

It’s also important to note that Millennials and Gen Z tend to be less connected to faith communities than their parents’ or grandparents’ generations. The result is that some appear to be a little more willing to seek outside help when they need it. This might mean confiding in a friend, attending a mutual aid support group, or seeing a behavioral health professional. For many of them, mental health issues carry less stigma than they do for their community at large.

So, what are the kinds of questions Black people should be asking when they want help or support for their mental health? Part 2 will address these questions and more. 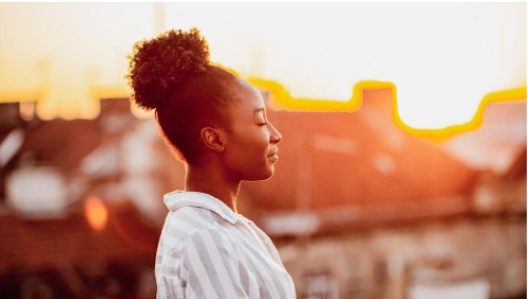